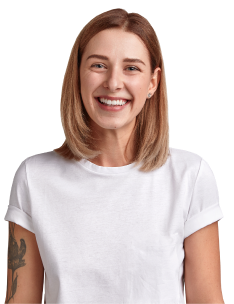 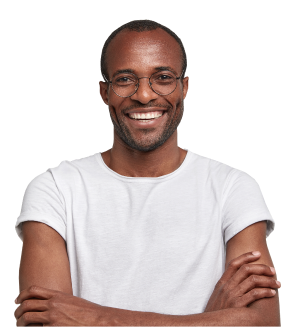 Automate Your Amazon Business with Repricer.com

A while back, we added a new set of features to Repricer.com including our very powerful Automations that gives you the ability to create dynamic processes with a wide array of conditions to automatically move a product from one rule to another.

In this help file, we’ll be looking at real-life examples of how Repricer.com users are using Automations to save time and boost profits!

When your products are imported into Repricer.com, they automatically get assigned to your default rule, whether they’re FBA or MFN.

If you’re selling via FBA, you can win the Buy Box at a higher price, so it’s worthwhile creating specific rules for your FBA and MFN products.

Example: You might sell 80% MFN and 20% FBA on Amazon. If you want your FBA and MFN items to price differently then you need to set up two different Repricing rules.

To save time manually assigning each product to the respective rule, you can set your MFN rule to be the “Marketplace Default” so that all your SKUs will automatically get assigned to your MFN rule.

This is the smarter clever choice as you sell 80% via MFN.

Then you’ll simply need to create an automation that will automatically apply your FBA Rule to all your FBA products.

This automation will check once a day that all your FBA SKUs are correctly assigned to the FBA Rule. It’s very handy if you add new FBA SKUs regularly since you won’t have to add them manually to the relevant Repricing rule.

02 Automate to reprice lower over time (cost-based only)

What you probably want to do is shake things up and move the relevant products to a more aggressive rule. However, you don’t want this to be a permanent change, just a short-term fix until things pick up again. Once this is the case, you would want the SKU to be moved back to its original rule.

Automations allow you to do just that. Without Automations, this would require a lot of manual work. Price checking, rule changing, and monitoring of SKUs over a lengthy period. Automations lift these burdens and do all the work for you.

Let’s illustrate one of these scenarios by taking the example of a product where sales have completely stopped for the past 7 days.

The new Repricing rule would reduce your profit margin, allowing the prices to drop just enough to encourage sales.

Note: in this example, we could say we normally set a Net Margin % of 25% for Min Price and 35% for Max Price. By reducing it, our profit margin will be smaller so our products will reprice cheaper to push sales.


You can then simply set one automation like this:

Taking this as a starting point, you can then develop more complex Automations in Repricer.com so that you can reprice lower if no sales have been triggered over X days, months etc.

Of course, lower prices are only one factor in your search for the Buy Box, so it’s worth checking that your seller metrics are equivalent or better to your competitors’ metrics—if they’re not, then it’s time to automate your feedback management with a solution such as eDesk Feedback. To find out more, click here.

The Automations below will lower your prices more and more if you haven’t had a sale in 7, 14, 30, or 60 days—but stop when you start to win those sales. You can also do the same if you haven’t won the Buy Box in the past X days, you have too much stock, or if you have FBA long-term storage fees (LTSF) due.

Another great way of using Automations would be to shake things up and move any SKU that hasn’t won the Buy Box for a couple of days to a more aggressive rule. Again, automations are great because you don’t want this to be a permanent change, just a short-term fix until things pick up again.

Note: in this example, today is March 29th so we haven't won the Buy Box in the past 7 days.

We’re going to follow the same logic as before and create a more aggressive Repricing rule that will get applied to all your SKUs that didn’t win the Buy Box for the past 7 days, for example.

And then you can set up your Automation, so whenever an item hasn’t won the Buy Box in the past 7 days, it will be moved to the more aggressive rule to try and get in the Buy Box spot.

Note: as soon as you create an Automation, it will apply for all SKUs that haven’t won the Buy Box for the past 7 days and this will also include brand new SKUs recently added, therefore we recommend using a Stock Age trigger too so that new SKUs won’t get automated.

This automation will run daily and will apply the Aggressive Rule to all SKUs that weren’t in the Buy Box spot for the last 7 days.

04 Automate to push sales if orders are too low

Another automation you can easily set up in your Repricer.com account to push sales is based on your order count. For example, if you feel like one of your best sellers is not selling as well as it used to be.

Once again, we’re going to create a Repricing rule that will be a tad more aggressive and set it to automatically apply to all products with less than 10 orders in the past 7 days, for example.

The rule will Price Below by a higher amount, to try and really boost sales.

And I’ll simply create the automation that will do all the work for me.

We hope this article has helped to show you the benefit of using Automations for your Amazon business.

They are a great way to keep your prices competitive with minimal effort.

When starting off, we recommend that you set up one automation only and observe how things are working.

You’ll be able to see how many SKUs your chosen automation will affect before setting it Live.

To find out more about creating a cost-based pricing strategy with Repricer.com, click here.